September 9, 2014 · by yitka · in Running
Fall is no doubt in the air here in Colorado. The aspen leaves are paler than ever after a summer basking in the sunshine, faded from their original deep green to a sort of lime-y yellow, well on their way to the fiery hues that bring “leaf peepers” from all over the world to Colorado in droves come late September. I’ve been waking up and seeing my breath in the air in the mornings, and nearby, the tops of our local 14ers in the Elk Range have already seen their first dusting of snow.

I admit I’ve been dreading the end of summer. Don’t get me wrong; I adore fall—if only it weren’t followed by Old Man Winter. As previously mentioned, winter in the mountains has proven rough for me, since it invariably means the end of trail-running season here, and the beginning of a six-month stretch during which I must find other sources of the things that I typically glean from running in the mountains: endorphins, stress relief, meditation, a sense of community, empowerment, goals to strive toward, races to look forward to, excuses to eat lots of food. 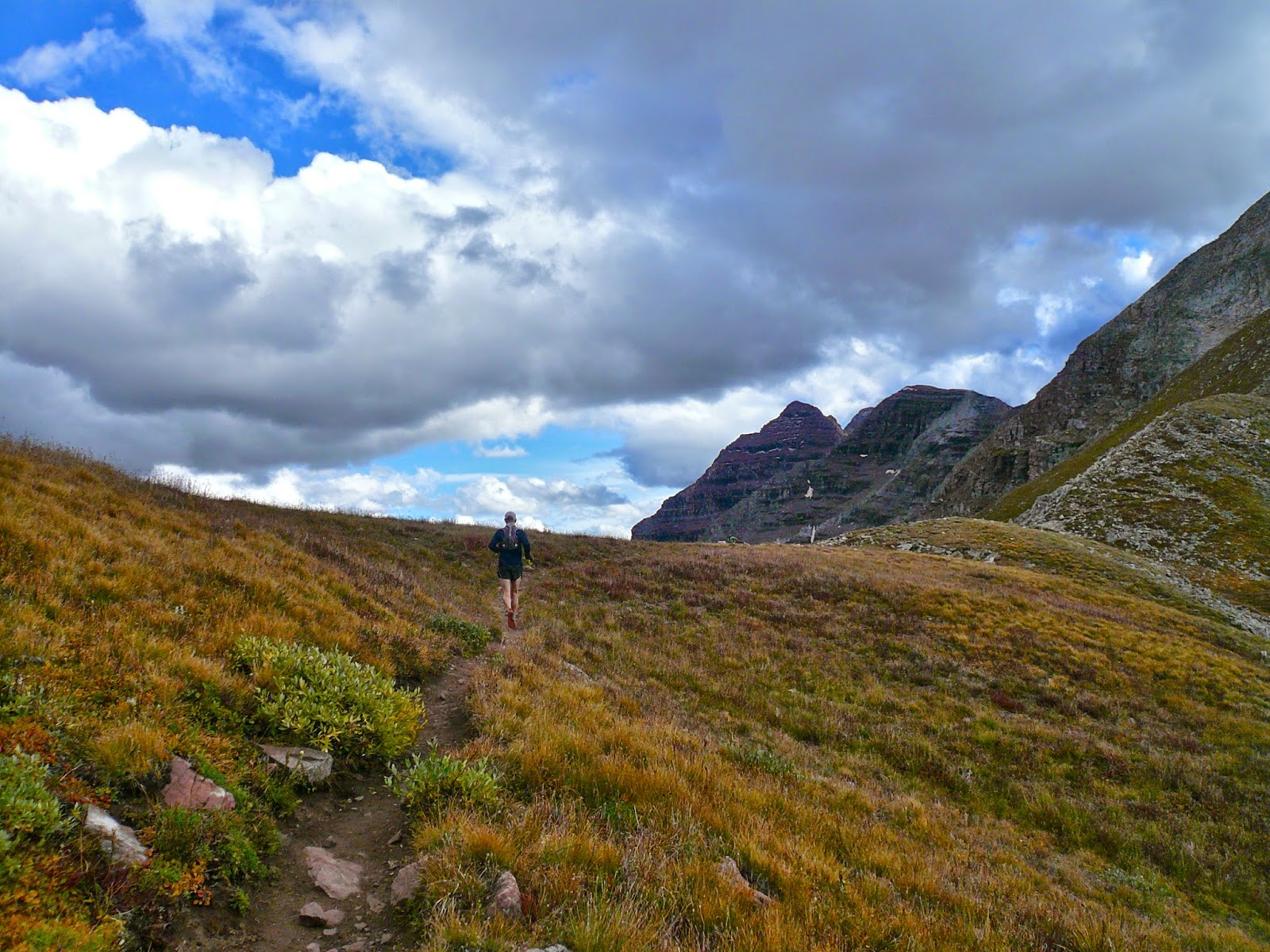 Because I’ve been training for months for the Bear 100 (now less than three weeks away), like any good ultrarunner I’ve been geeking out on just about all forms of data and media about the race that I can find to consume ahead of time … race reports, spreadsheets of results, photo albums, and most recently, this documentary, ‘Dancing the Bear,’ which covers the 2004 Bear race.

Here’s what struck me about the film: many of the runners featured are no longer running ultras.

(Thanks to the fairly comprehensive resource, ultrasignup.com, it’s possible to, however creepily, track these things; please note that all my following observations are based on Ultrasignup results, not on rigorous, journalistic research; if I’ve made any erroneous conclusions here, please let me know.) The winner that year, Larry O’Neil, for whom it appears the 2004 Bear was his first 100, ran one more hundo in 2008, a couple shorter-distance ultras in 2010, then nothing since then. Chris Estrem, who took second that year, never ran another ultra again.

Of the two women the film followed—who both spend much of the film waxing poetic about their love for ultrarunning, discussing how essential the sport is to who they are—one never ran another ultra after that year. The other continued running ultras (though only one more 100) sporadically until 2010, then again, no more. Another runner the film featured, then-15-year-old Jimmy Wrublik, ran a few more ultras, but stopped after 2007.

There are, of course, plenty of ultrarunners who’ve been in this sport for decades—including three who also show up in ‘Dancing the Bear.’ The first: Betsy Kalmeyer, who started running ultras in 1988, won the Bear twice (including in 2004) and most recently, at the age of 53, took second at the 2014 Hardrock 100. The second is Errol “The Rocket” Jones, who’s been running ultras for more than three decades and, at age 64, is still going strong. The third is Hans Dieter-Weisshaar, who ran his first 100 in 1999 and has since bagged more than 100 100-mile finishes, including, just last year, over the span of a few months, Hardrock, Leadville, Cascade Crest, Wasatch and the Bear—at the age of 73.

We champion these inspirational figures—and rightfully so!—as proof that ultrarunning can be a lifelong sport. After all, you don’t see too many football, soccer or basketball players still competing in their 50s, 60s and 70s.

And yet, sometimes I question whether ultrarunning—particularly 100-milers—is such a sustainable sport after all, at least for most of us. I understand this is relative blasphemy for me to utter, as I am myself extraordinarily passionate about the sport. I have dozens of ultrarunner friends older than I am, who’ve been doing this for many years already, and inspire me to no end—but indulge me for a moment here.

Having not spoken to any of the 2004 Bear runners featured in the film who are apparently no longer doing ultras, I can only speculate on what made them walk away from the sport. But, consider this: even for a low-mileage (relatively speaking) ultrarunner like myself, I typically spend 10-15 hours/week running on trails. I don’t have kids or many obligations outside of my job. Though many of my ultrarunner friends have young kids and seem to make it all work, I have a hard time imagining how I could ever, on a longterm basis, balance parenthood with ultrarunning and work and other priorities in my life, like being fully present in my relationship, having time for friends and family, getting enough sleep, eating well (by making food from scratch rather than relying on processed foods), writing, reading books, traveling, and keeping some modicum of organization and cleanliness to my living space. At some point, some aspect, somewhere, has to suffer.

Trail and ultrarunning, of course, has improved my life in a myriad of ways which I’ve already expounded on at length on my blog. Yet, as a still-starry-eyed relative newcomer to the sport (I’ve only been running ultras for a little over four years now, after all), I can’t help but notice that, for many, the actual shelf life of this sport seems to be about as many years as I’ve already invested in it.

Two things stuck out to me from my interviews last year with accomplished ultrarunners Jenn Shelton and Scott Jurek for an article in Trail Runner about the folks who appeared in the bestseller Born to Run. One: when I asked Jenn what she thought the future of ultrarunning was, she was very quick to tell me that she doesn’t think it’s a sustainable sport for most people. She was probably the first ultrarunner I ever heard express this out loud, since most of us like to talk about how of course ultrarunning is exploding in popularity and will continue to do so indefinitely because, duh, it’s the best sport in the world. But Jenn … Jenn just said, “It’s hard to say anything without looking like a jerk, but I’m not sure it’s meant to be a really popular sport. The time commitment to properly train is well beyond most people’s lifestyle.”

When I spoke with Scott, he spoke at length about the personal burnout he feels surrounding racing: “Do I get as much out of racing, to go after a time or a win anymore? I don’t know. It’s harder to have that ego now. I’ve enjoyed that pressure in the past, because it’s pushed me beyond boundaries, but at the same time, it gets harder as I’ve gone to the well so many times.”

This is probably what I find most compelling—the sheer time and mental energy we devote to plodding through the mountains for hours, sometimes days, on end. How deep are our reserves, and what do we do when they run out? How long can we find meaning and purpose in doing, essentially, the same thing over and over again? How long can we make running our highest (or almost highest) priority, at the necessary expense of other aspects of our lives? And, if we someday find we’ve lost some of our passion, how do we renegotiate whole identities that have been built upon a foundation of running?

Every run (as with all activities we choose to participate in) is, ultimately, a decision to not to do something else, whether that means relatively unproductive alternatives, as many drug-addicts-or-alcoholics-or-otherwise-turned-ultrarunners can attest to—or whether it means valuable ones, such as spending time with our families or (non-runner) friends.

My friend Jenn Hughes recently grappled with this very issue in a beautifully written, heart-wrenching blog post about running the Fat Dog 120 in Canada. At the start line, her 7-year-old son, Colin, protested to her: “You’re always leaving me.” Haunted by those words for all 120 miles until the finish, she writes, “I crossed rivers, ran through fields of heather, met new friends, and graciously accepted handmade food made from far flung aid stations … but it all felt like a game, a silly diversion … It was the most empty, neutral, underwhelming race finish I could have ever imagined, devoid of any excitement after all the pain I had just gone through. What exactly was the point?”

While poking around on Google for beta on the Bear 100, I also stumbled on the blog of Shawna Tompkins, who used to race up to a dozen ultras a year—and win most of them. I was surprised to learn she hasn’t (as far as I can tell, from Ultrasignup) raced any ultras since her second-place finish at the 2012 Bear. In the most recent entry on her blog, from August 2012, she writes about DNFing at both White River 50 and Cascade Crest 100 that summer, after having won the San Diego 100 in June: “I am not really sure what is going on, but my inner strength seems to be laying on the trail at San Diego or something …  I cannot figure out my thoughts!  Sure not good at this stuff.  Work hard, be tough, it all pays off.  What do you do with yourself if you don’t feel like working hard?  Where does that satisfaction come from then?”

It’s hard for me to read things like this, because I’m currently so enamored with the idea of making a lifelong go of this and continuing to draw the joy and meaning from it that I currently do—but who can know? Maybe it’s not bound to be a lifelong sport for many of us, after all. Maybe it’s just something that grabs hold of us for a while, takes us for a wild ride, teaches us strength and resilience, connects us with a slew of amazing fellow humans, then lets us go again, scattering us back out into the world like dandelion seeds to apply to the rest of our lives everything we’ve learned on our sleep-deprived stumbles through the woods.

Or, maybe there’s middle ground to be found. Perhaps the solution lies among the yellowing leaves fluttering to the ground outside my window right now. Last fall, my editor colleague at Rock and Ice, Jeff (who loves climbing more than anyone I know) mentioned that, much as he laments the end of rock-climbing season here, he embraces winter, too. It grants him the opportunity to turn inward and focus on other passions for a season—in his case, music and writing. 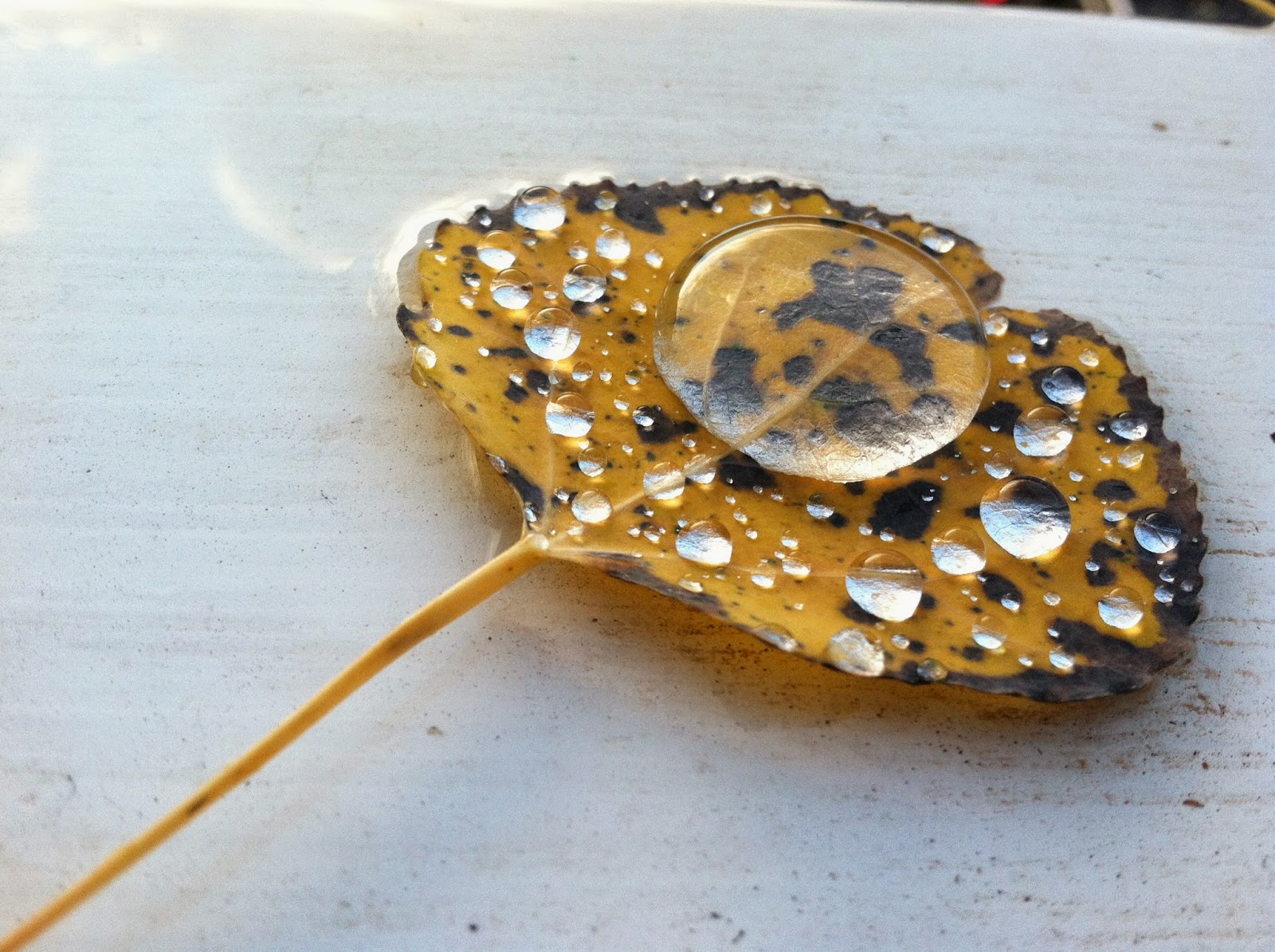 So, maybe winter in Colorado is just the universe stepping in to help protect me from running burnout—telling me to chill out, take a necessary breather for a few months, reallocate those 10-15 hours/week to other passions so that, come spring, I may return to the trails with a full and eager heart. Absence, after all, makes the heart grow fonder.

But, in the meantime … I can’t help but be anything but psyched for the Bear a few weeks from now.

My first book is now available!